Don’t give up chocolate for Lent this year, said Pope Francis. Give up indifference to the poor.

“Indifference to our neighbor and to God also represents a real temptation for us Christians. Each year during Lent we need to hear once more the voice of the prophets who cry out and trouble our conscience.”Describing this phenomenon he calls the globalization of indifference, Francis writes that “whenever our interior life becomes caught up in its own interests and concerns, there is no longer room for others, no place for the poor. God’s voice is no longer heard, the quiet joy of his love is no longer felt, and the desire to do good fades.” He continues that, “We end up being incapable of feeling compassion at the outcry of the poor, weeping for other people’s pain, and feeling a need to help them, as though all this were someone else’s responsibility and not our own.”   – TIME magazine

It makes me think of this town in Illinois, where 70% of people voted for Trump. They are not some kind of crazy, hateful people ( like left likes to portray Trump voters). Mostly, they just cared about their jobs, and voted for the candidate they felt would best preserve their jobs. They just didn’t notice the anti-immigrant rhetoric throughout the campaign, because it didn’t relate to them.

Until immigration officials showed up and tried to take Carlos away. 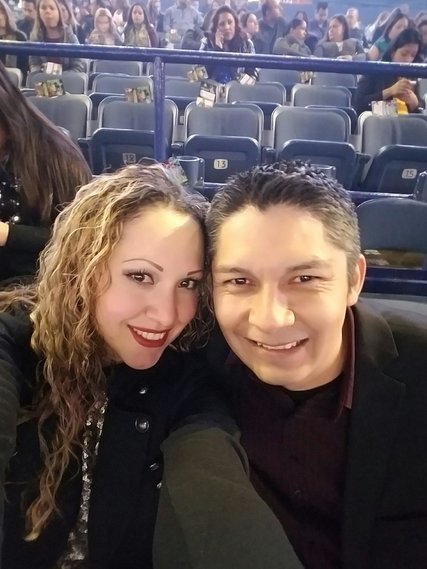 Carlos wasn’t just some random Mexican coming over the border to take a job. He was a pillar in their community. He gave free food to the fire department, he supported local law enforcement. He was always first to show up and last to leave when someone in the community needed help.

When they came and took Carlos, the townspeople woke up, and started writing letters to officials, trying to get Carlos released.

The letters have piled up — from the county prosecutor, the former postmaster, the car dealer, the Rotary Club president. In his note, Richard Glodich, the athletic director at Frankfort Community High School, wrote, “As a grandson of immigrants, I am all for immigration reform, but this time you have arrested a GOOD MAN that should be used as a role model for other immigrants.”…

“I think people need to do things the right way, follow the rules and obey the laws, and I firmly believe in that,” said Lori Barron, the owner of Lori’s Hair A’Fairs, a beauty salon. “But in the case of Carlos, I think he may have done more for the people here than this place has ever given him. I think it’s absolutely terrible that he could be taken away.”  – NY Times

The white evangelical church has not noticed its neighbors.

Right now, half of Hispanic Christians in America are afraid of deportation under our new administration. I go to church in a community that is over 60% Hispanic- it’s Texas, there are a lot of farms, and a lot of undocumented immigrants. There’s a lot of blended families- one spouse is a citizen, one is undocumented, or the children are citizens but not the parents. There are real people in my church who are afraid to go to work and drive on the highway in case they get stopped and taken away from their families. The rest of our church is starting to notice this. Maybe. I wish we’d noticed it a bit sooner.

How can we notice our neighbors this Lent?

Our small group is reading through the book Generous Justice together, praying about how God wants to use us in our community to bring social justice. Again and again, we see that justice (putting what is wrong to right) and righteousness (rightfully relating to our neighbors so that there is no injustice in the first place) are more important to God than external sacrifices.

Notice. Pay attention. Or, as our friends in Ferguson say, “Stay Woke”.

What ideas do you have for noticing your neighbor this Lent?