Part two in the white men in history who stood up to racism series. For why I think these stories are important, see part one. This one is a story from South Africa. I fell in love with this story after reading the book Afrikaner Revolutionary. 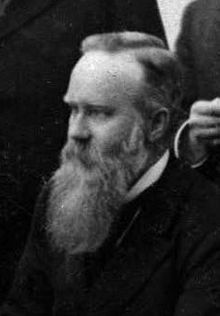 Abraham Fischer was the prime minister of the Orange Free State. He also led the charge in raising support for the Boers in the South African war (second Anglo-Boer war), traveling all over Europe and America. When the Union of South Africa was formed, he continued to champion the Boer’s cause in parliament.

He was an Afrikaner if there ever was one.

The grandson who carried his name was a lawyer just like him. Bram, married to Molly Krige (Jan Smut’s niece, actually), was all set up to continue the proud Afrikaner tradition– and Bram would say he did, just in an unexpected way. Instead of fighting to defend the rights of the Boers in the face of English oppression, he fought to defend black South Africans from white oppression.

Bram Fischer was the lawyer who defended Nelson Mandela.

Bram never jettisoned his Afrikaner identity, rather he transformed it. He clung to the core Afrikaner traits: resistance against colonialism, independence, tenacity– but by living these traits out in the larger context of South Africa, he was able to see that Afrikaners need to resist oppression in any form– not just oppression against their own little group.

Bram was successful in getting Mandela and others acquitted in the 1956 Treason Trial. He again defended Mandela at the Rivonia Trial. This was a harrowing experience, since Bram was part of the South African Communist Party and actually was working hand-in-hand with Mandela and uMkhonto weSizwe (the military wing of the ANC) to destabilize the National Party government. There were several times in the trial when he had to keep his cool and play innocent when evidence from Lilliesleaf Farm (the secret headquarters of MK) was presented to the court, sometimes in his own handwriting! 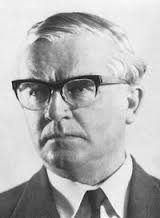 Fischer had the task of conducting a defense for political activists– very different than for someone accused of crime. The choices to make statements, present evidence, and give testimony all had to be weighed against the political activists agenda of sharing their political views (which were not often heard, given that many of these activists were under ban). The position the defense took was to plead not guilty and instead claim the apartheid government were the guilty ones. Hence, when asked to plead, each defendant stated, “It is not I, but the government who should sit in the dock. I plead not guilty.” Another political choice was for Mandela to make a speech from the dock (rather than being open to cross-examination). While this was not a strong move in terms of defense, it was a strong political move, since Mandela’s words could be left to stand unchallenged.

The prosecution demanded the death sentence. Mandela and the others were given life imprisionment instead. This was considered a victory for the defense.

Bram was arrested shortly after the trial because of his involvement in South African Communist Party. He asked for bail to attend to a case in London, and this was granted. In his bail application he said:

I am an Afrikaner. My home is in South Africa. I will not leave my country because my political beliefs conflict with those of the Government.

He returned to South Africa, but mid-way through his trial, he did not show up in court. Instead, his lawyer read out a letter he had written. Although many wanted him to sneak away into exile abroad, Bram refused. His letter states:

My decision was made only because I believe that it is the duty of every true opponent of this Government to remain in this country and to oppose its monstrous policy of apartheid with every means in his power. That is what I shall do for as long as I can…

What is needed is for White South Africans to shake themselves out of their complacency, a complacency intensified by the present economic boom built upon racial discrimination. Unless this whole intolerable system is changed radically and rapidly, disaster must follow. Appalling bloodshed and civil war will become inevitable because, as long as there is oppression of a majority, such oppression will be fought with increasing hatred

Nicknamed “The Scarlet Pimpernel” Bram went underground for almost a year before being caught. He took special pleasure in phoning the papers, leaving cryptic messages for the police, and teasing them with his presence. He was eventually caught and imprisoned. In 1974, he was diagnosed with cancer, and in 1975 the government gave permission for him to be placed under house arrest to die at home. The prison’s department kept his ashes. He died 20 years too early, never seeing the end for which he fought so hard.

Bram was struck from the South African bar during his lifetime, but has been re-instated posthumously. (He is in fact the only person to be posthumously reinstated as far as I know).

he could have continued the struggle by staying and fighting in the courts, “where people could see this Afrikaner son of a judge president fighting for the rights of the powerless. But he could not let others suffer while he remained free. […] Bram did not want to ask others to make a sacrifice that he was unwilling to make himself.“

Here’s a guy who was privileged. But he used that privilege for the sake of others, and he sacrificed that privilege when he felt he had done all he could. Today, almost every major city in South Africa has at least one street named Bram Fischer.

2 thoughts on “Afrikaner Revolutionary: the lawyer who fought to end apartheid”